Yoon Joo Lee (MSc Student, 6 months, January-June 2019). Yoon Joo is from South Korea and was working with Pierre Buscaill on flagellin recognition in plants as part of her MSc degree at Bonn University.

Maurice Konig (MSc student, 6 months, January-June 2019). Maurice is from Germany and was working on activity profiling GSTs with Maria Font Farre as part of his MSc degree at Bonn University.

Jiorgos Kourelis (PhD student and postdoc, 58 months, June 2014-March 2019) Jiorgos is from Amsterdam, the Netherlands and did his D. Phil on the evolution and functional residues of the tomato immune protease / co-receptor Rcr3. He also wrote a monumental review summarising nine mechanistic classes of resistance genes (Plant Cell 2018) and reannoted the Nicotiana benthamiana proteome (BioRxiv 2019). He moved on to a postdoc position with Sophien Kamoun at The Sainsbury Laboratory.

Ben Excell (MSc student, 6 months, September 2018 - February 2019) Ben is from the UK and was doing an internship from Wageningen (NL) while he was with us. He worked with Emma Thomas on the substrates for vacuolar processing enzymes.

Daniela Sueldo (Postdoc, 36 months, May 2015 - April 2018) Daniela is from Argentina and did her PhD in Wageningen (Joosten lab). She used activity-based proteomics to study the suppression of extracellular hydrolases during P. syringae infection. She moved on to a postdoc position in Warwick.

Friederike Grosse-Holz (PhD student, 38 months, November 2014 - December 2017) Friederike is from Germany and studied in Heidelberg, Munich and Freiburg. During her PhD she described the omics of agroinfiltrated N. benthamiana plants (PBJ 2017) and identified three protease inhibitors that boost recombinant protein levels (PBJ 2018). She also wrote a review on multifunctional inhibitors (New Phytologist. 2016), and moved on to a consultancy in Germany.

Awais Zahid (MSc student from Hohenheim, 6 months, January-June 2017) Awais is from Pakistan and worked with Friederike Grosse-Holz on protease silencing and inhibitor expression to improve Molecular Farming. He moved on to a PhD position in Alnarp, Sweden.

Parvinder Kahlon (MSc student form Bonn, 6 months, July-December 2016) Parvinder is from India and worked with Jiorgos Kourelis on Rcr3/Pip1 hybrids and oxidative burst assays. He moved on to a PhD position at the TUM Munich.

Luisa Madeira (Postdoc, 31 months, October 2014 - April 2017) Luisa is from Brazil and established assays to study the degradation of recombinant proteins in agroinfiltrated plants and used chemical knock-out assays with protease inhibitors to study this process. The tools she developed were published with Grosse-Holz in PBJ 2018.

Balakumaran Chandrasekar (MSc and PhD student, February 2012 - March 2017) Bala is from South India and investigated the role of glycosidases of N. benthamiana in infections with P. syringae. He moved on as postdoc to Dusseldorf.

Daniel Krahn (Postdoc, 13 months, January 2015-January 2017) Daniel is from Hamm, Germany, and did his PhD with Prof. Markus Kaiser in Essen. He joined the lab as an in-group chemist developing novel activity-based probes, in collaboration with Prof. Chris Schofield at the Chemistry Department.

Felix Barbour (pre-undergraduate student, 3 months, September-December 2016) Felix used his gap year before starting in Cambridge University to gain extra experience in research. He was three months with and selected mutants of Nicotiana benthamiana generated by CRISPR/Cas9.

Ane Kjersti Vie (visiting postdoctoral researcher, 6 months, February-August 2016) Ane from the University of Trondheim, Norway and has investigated the targets of isothiocyanates that are produced naturally from glucosinolate breakdown in crucifers upon wounding.

Sophie Brouwer (MSc intern from Amsterdam, 8 months, November 2015- June 2016) Sophie is from Amsterdam, the Netherlands and did her MSc internship on investigating the Avr2 perception mechanism involving Rcr3 and Cf-2 of tomato. Sophie moved on to do her PhD on Molecular Phytopathology in Sweden.

Amjad Husaini (visiting Associate Professor, 12 months, May 2015 – May 2016) Amjad is from Kashmir, North India and has been investigating stress in rice and Saffron crocus using novel activity-based probes for glycosidases.

Judit Kovács (visiting PhD student, 7 months, August-December 2014; September-December 2015) Judit is from Hungary and is graduating at Szeged University on salt stress responses in tomato roots. She visited Oxford several times to study changing activity profiles of PLCPs and the proteasome. She moved on as a postdoc at the GMI in Vienna.

Thomas Roberts (visiting PI, 6 months, July-December 2015) Tom is from Sydney, Australia, working on various aspects of food chemistry and biotechnology, mostly on Sorghum. In Oxford he developed tools to study targets of serpins of Nicotiana benthamiana.

Sabrina Ninck (Erasmus Internship Student, 3 months, October-December 2014) Sabrina is from Essen, Germany, and studied the role of Ser proteases and their inhibitors of N. benthamiana during infection with P. syringae using virus-induced gene silencing and transient over expression.

Past team members in Cologne:

Joji Grace Villamor (Sernestrand) PhD student and postdoc (January 2011-December 2015) Joji is from the Philippines and studied labeling of plant proteomes by acyl-ATP probes (Mol. Cell. Proteomics 2013). She described specific labeling of hundreds of ATP binding proteins including dozends of protein kinases. This study also revelaed the oxidation of biotin, which facilitated the detection of labeled peptides, and a putative receptor shadding event of a specific group of receptor-like kinases. Joji coninued as a postdoc in the group of Dr. Pitter Heusgen at Researchcentre Juelich.

Johana Misas-Villamil PhD student and postdoc (89 months, May 2007-September 2014) Johana is from Bogota, Colombia and studied the role of the proteasome and vacuolar processing enzymes in various plant-pathogen interactions. Johana introduced new activity-based probes for the proteasome (Plant Physiol. 2011) and VPEs (Plant J. 2013). She also described wound entry by Pseudomonas syringae (Plant J. 2011), and discovered that some strains achieve this by producing proteasome inhibitor syringolin A (SylA, PLoS Pathog. 2013). Johana continued as senior postdoc with Prof. Doehlemann at the University of Cologne.

Aranka van den Burgh MSc Student (5 months, August-December 2013). Aranka is from Vlaardingen, the Netherlands and has validated novel subunit-specific probes for the proteasome, characterized proteasome inhibitors and tested their ability to promote distant colonization by Pseudomonas syringae. After her studies, Aranka started her PhD in the lab of Dr. Matthieu Joosten in Wageningen.

Matthias Berens MSc Student (6 Months, April-September 2013). Matthias is from Aachen, Germany, and has monitored proteins with GTP binding activities under supervision by Joji Villamor. After his MSc thesis, Matthias started his PhD as IMPRS student in the lab of Kenichi Tsuda at the MPIPZ.

Anja Hörger Visiting PhD student (several weeks in 2007-2010) and postdoc (9 months (May - December 2011), and 6 months (April-September 2013)). Anja studied evolutionary biology in Munich and did her PhD in Munich on natural varioation of tomato genes involved in immunity. She joined the Plant Chemetics lab, initially as visitor, later as postdoc, to test Rcr3 alleles for sensitivity for inhibition by various pathogen-derived inhibitors (PLoS Genetics 2012). Anja moved on to the University of Oxford as Marie Curie fellow for a postdoc position with Gail Preston and has been appointed as lecturer at Salzburg University, working on plant-pathogen coevolution.

Haibin Lu Postdoc (22 months; June 2011 - April 2013) Haibin is from China and has validated novel activity-based probes for AvrPphB (Chem. Biol. 2013), aleurains and cathepsin B. He moved on to a postdoc position with Dr. Marc Valls in Barcelona, Spain, and recently started his own research group as Associate Professor at the Northwest Agriculture & Forestry University in China.

Muhammad Ilyas PhD Student (58 months; April 2008 - January 2013). Ilyas is from Pakistan and did his DAAD-funded PhD research on the role of tomato proteases in immunity. Ilyas moved on to a postdoc position in the group of Dr. Bernd Reiss at the MPIPZ, and is currently postdoc with Prof. Grundler in Bonn.

Selva Kumari PhD Student (42 months; October 2008 - June 2012). Selva is from India and did her IMPRS-funded PhD on the structural biology of apoplastic proteases and thier pathogen-derived inhibitors. She moved on to Melbourne, Australia and found a postdoc position.

Gerald Bader (Gerry) MSc student (6 months, October 2011 - March 2012). Gerry studies Plant Sciences at the University of Bonn and did his thesis work on the development of fluorescent reporters for analysing inhibition of the plant proteasome during bacterial infection.

Oscar Goni Ramos Postdoc (12 months, February 2011-January 2012). Oscar is from Pamplona, Spain, and has generated data for a patent application for the agroindustry. He moved on to a postdoc position in Ireland.

Takayuki Shindo PhD student and postdoc (60 months, October 2005 - September 2011) Takayuki is from Tokyo, Japan and has studied the role of C14/RD21 in immunity (PLoSOne2012) and generated a library of pathogen-derived effectors to screen for inhibition of host proteins using high-throughput competitive ABPP assays (PLoS Pathogens 2016). Takayuki moved on to a posdoc position with Dr. Seth Davis (MPIPZ).

Gerald Bader Internship student (2 months, Feb/March 2011) Gerald did his Masters in Plant Science at Bonn University and has worked on the Plant Chemetics lab on proteasome suppression during Pseudomonas syringae infection.

Izabella Kolodziejek Postdoc (35 months, Feb. 2008-Dec 2010)
Izabella is from Poland and is specialized on plant cell biology. Her cell biology studies in the Plant Chemetics lab included the localization of fluorescent probes, proteins and bacteria (Plant Physiol., 2011). She moved on to a permanent lecturer/research position at the University of Warshaw and later to a biotech company in Poland.

Kerstin Richau Postdoc (36 months, Jan. 2008-Dec 2010)
Kerstin is from Germany and did her PhD in Amsterdam. She worked on the biochemical subclassification of Arabidopsis papain-like cysteine proteases (Plant Physiol. 2012), and has moved on to a postdoc position at the MPIPZ and then later to Umea.

Bikram Pandey Master Student (3 + 10 months, July 2009-Dec. 2010)
Bikram is from Nepal and is studying Molecular Biotechnology at Bonn University. He investigated the inhibition of plant serine hydrolases by agrochemicals using competitive ABPP. He moved to Vienna to do his PhD.

Adriana Pruzinska Postdoc (Feb.2009-Nov.2010)
Adriana is from Slowakija and is interested in leaf senescence. She used ABPP to study senescence-associated proteolytic activities. Adriana continued her research on leaf senescence in Perth, Australia.

Zheming Wang PhD student (46 months, Dec.2005-Sept.2009)
Zheming is from Hangzhou, China, and designed and synthesized novel activity-based probes. One of these probes was ligated to N-termini by a papain-like peptide ligase (Nat. Chem. Biol. 2008) As organic chemist, Zheming worked at the CGC under supervision of Dr. Markus Kaiser. Zheming moved on to a post-doc position in Lausanne, Switzerland, and started his own company in China for the synthesis of small chemicals (BSAZ).

Leonard Both Diploma student (3+12 months, Aug.2007-Aug.2009)
Leo studied at Cologne University and investigated the role of Arabidopsis and Nicotiana cystatins in PLCP and VPE regulation. Leo moved on to do his PhD in London with Julian Ma.

Jaap Wolters Masters student (6 months, Jan.2009-Juni 2009)
Jaap studied at Wageningen University and investigated the regulation of papain-like cysteine protease RD21 by protein diisomerase PDI5 using biochemical assays. He moved on to do his PhD in Italy.

Remco Stam Master student (6 months)
Remco studied at Wageningen University and investigated the molecular basis of natural variation of protease activity profiles in Arabidopsis, using activity-based profiling, segregation analysis and agroinfiltration. Remco moved on to do his PhD in Scotland with Edgar Huitema, and is currently a Humboldt postdoc with Prof. Tellier at the TUM in Munich.

Shabab Mohammed PhD student (12 months, March 2007-Feb.2008)
Shabab was a visiting PhD student from India. He worked on tomato papain-like cysteine proteases and their inhibition by pathogen-derived inhibitors (Plant Cell 2008). Shabab also performed targeted mutagenesis on proteases and investigated their effect on accumulation, activity, and subcellular localisation. Shabab went back to Pune, India to finish his PhD, moved to the Max Planck Institue for Chemcal Biology in Jena, Germany with a Humboldt fellowship, and then to the MIT in the USA with an HFSP fellowship.

Twinkal Pansuriya Masters Student (6 months)
Twinkal is from India and studied in Sweden. As a masters student she cloned dozens of papain-like cysteine proteases into binary vectors and expressed them by agroinfiltration to study their biochemical properties using activity-based profiling. Meanwhile Twinkal completed her PhD at Leiden University (The Netherlands).

Dr. Monika Kalde Postdoctoral fellow (6 months, May 2006-Sept.2006)
Monika Kalde is from Germany and has been investigating the translocation of papain-like cysteine proteases during Pseudomonas infection. Monika moved on to Marseille (France) and later Oxford (UK) and back to Germany. 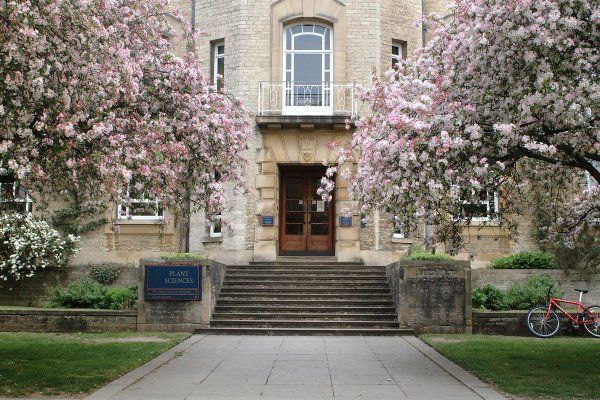